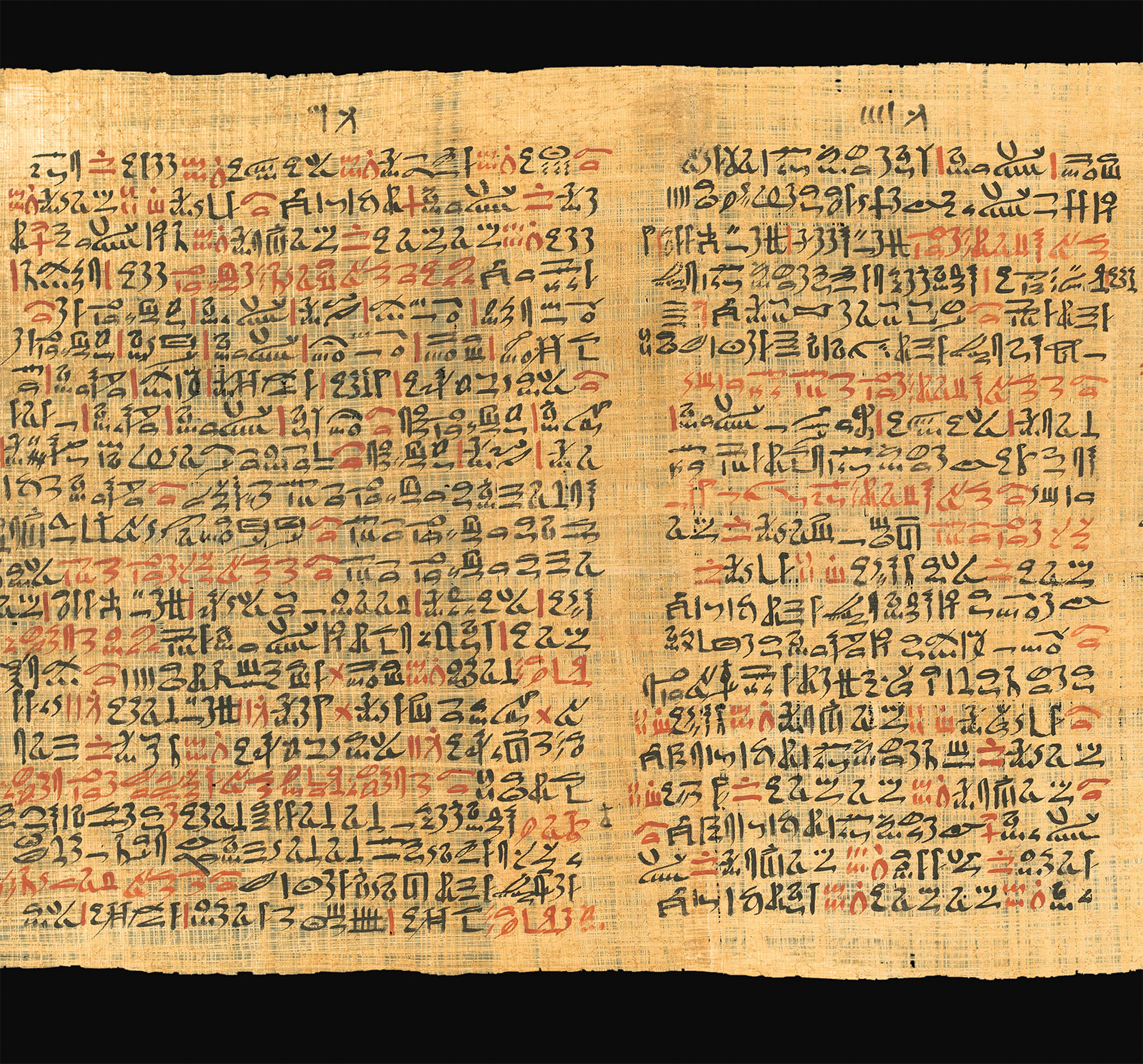 SHOWROOM FOR THE EBERS PAPYRUS

From 2019 to 2020, Leipzig University Library has produced a full-size replica of the Ebers Papyrus. Printed on Egyptian papyrus, this new facsimile will go on permanent display inside its own separate showroom in the foyer of Bibliotheca Albertina. The scroll will be placed inside a display case with a length of 11 metres alongside information about it for visitors. The Ebers Papyrus – an outstanding document of Egyptian high culture and one of the greatest treasures of Leipzig University Library – will thus be exhibited in its impressive full length for the very first time.

The 3,500-year-old Ebers Papyrus preserved at Leipzig University Library is the world’s longest, only complete, and best-preserved papyrus scroll devoted to ancient Egyptian medicine. It was acquired in Luxor by Georg Ebers, an Egyptologist from Leipzig, who produced a printed facsimile of it for research purposes in 1875.

More than 800 symptoms are described in the Ebers Papyrus along with their treatment – a kind of holistic medicine comprising religion, magic and science. The prescribed remedies take the form of ointments, plasters, suppositories, enemas and pills to be sniffed, inhaled, gargled, smoked and swallowed.

When it was found, the Ebers Papyrus was still a continuous papyrus scroll nearly 19 metres long. To facilitate its conservation, on arrival in Leipzig, it was cut into 29 pieces and preserved under glass. Since then, it has no longer been possible to display the papyrus to the public in one piece.

To do so, please complete the membership form posted on ub.uni-leipzig.de/foerderverein. Your annual membership dues (€50, €20 for students, €10 for senior citizens) will go towards the Ebers Papyrus showroom. Members’ benefits include exclusive advance tours of exhibitions and invitations to the restoration workshop.